E=mc2 is the world’s most famous equation. Introduced by Albert Einstein (Swiss, 1879-1955) in 1905, it establishes the relationship of energy and matter. Einstein, along with major contributions from his contemporaries including Bohr, Heisenberg, Rutherford, and Fermi, dramatically increased science’s understanding of the nature of atoms and atomic energy. Einstein, himself, had no direct involvement with the development of the atomic bomb.

Einstein was also notable for his early adoption of tensor notation, which offered more efficient manipulation of multidimensional equations. The following is a simple example of compact tensor notation for a vector dot product: 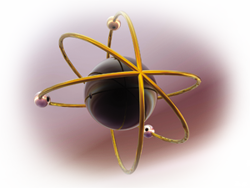 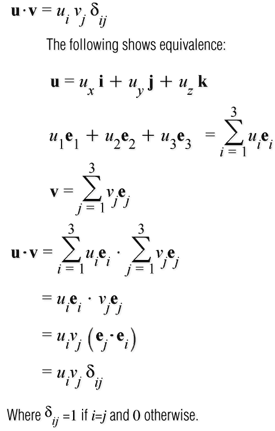 Gregorie-Ricci Curbastro
(Italian, 1853-1925)
invented tensor calculus. Tensor calculus and tensor algebra are essential tools in many fields of engineering, including fluids and solid mechanics, and in modern physics. All these subjects are critical to the safe and effective management of nuclear energy.

Marie Sklowdowska Curie
(Polish, 1867-1934)
discovered the new elements polonium and radium. Her work deepened our understanding of radioactive materials, which ultimately lead to the development of nuclear energy technology. Curie also pioneered the use of radiation for cancer treatment.